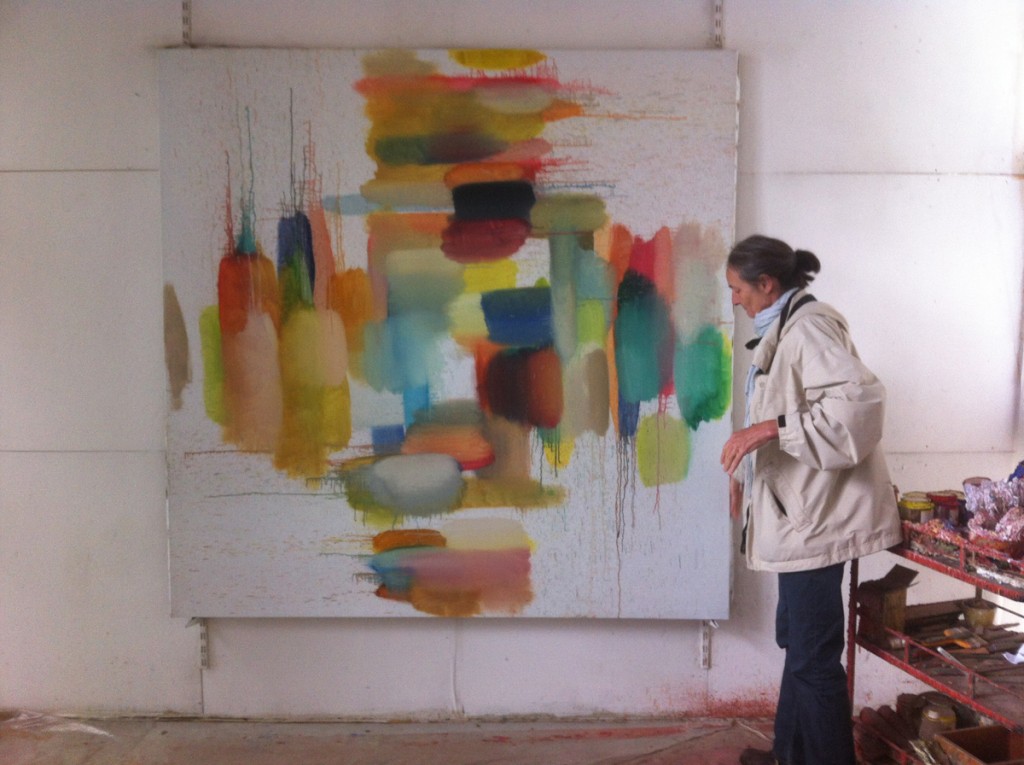 Perhaps the works of Alix Le Méléder should be viewed as the state of a body rising to the surface of consciousness and realizing that knowledge which is itself a state of unknowing. Something like a skin, one might imagine, a skin marked by four stigmata: the inscrutable result of torture, of some quartering, of an organic process transforming what would be being itself.

Proceeding from canvas to canvas, however, the stains lose their stricken look to change into moving bodies and discover the vertigo of a suspended being that has just experienced its own disintegration – after the catastrophe, aware of its self-survival. Their revolving motion slows, and from their equilibrium appears a series of “faces”, frozen or trembling, born of the calm that follows on from a fright. And it may be that what is happening in Alix Le Méléder’s work is the gradual exploration of some presence situated in the depths of the abyss. As if each moment created its own peculiar angel.

A process which, through painting, brings out the prolific character of being, its intimate multiplicity, and can then withdraw – four, three, two, one – until all there is is this essence of the face which would be consciousness with no object to fasten on to, when one has the impression of escaping from time.

It’s been achieved, one feels, standing before the most minimalist works, without being able to say exactly what, unless it be a plenitude which would be neither an accident nor a consequence of the extreme violence of becoming, but a state of pronounced calm.

Having burst into light and overwhelmed the formless, this je ne sais quoi at work can then be resolved on the verge of disappearing, like a wild being which has slowly tamed itself, and then returns to the forest.