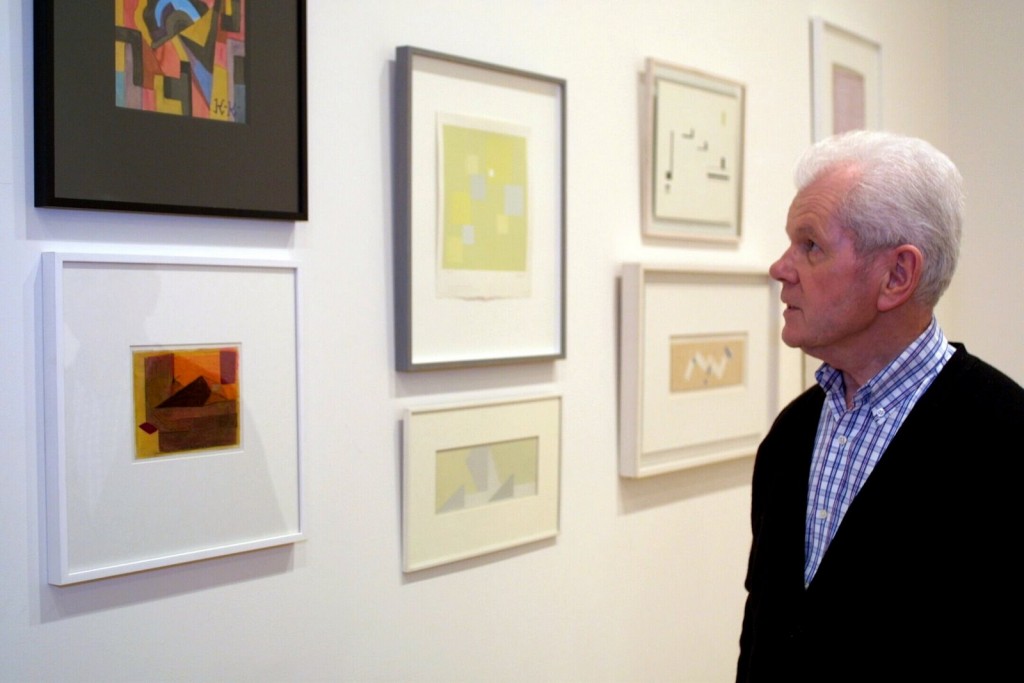 The collection of geometrical abstract works, bringing together some forty artists, French and European, donated to the Musée des Beaux-Arts in Cambrai is the work of André Le Bozec, the partner of the painter Guy de Lussigny who was himself born in Cambrai.

An obsessive resolve can be detected behind certain collections. What is moving in that of André Le Bozec, whose limits he is himself aware of, is that it speaks neither of madness, nor of stalking or manoeuvring, nor of rising to a challenge, but of a path.

At the time of the temporary exhibition, he had dubbed the room he preferred the silent room: “People began to speak softly as soon as they crossed the threshold.” On display were a canvas by Andreas Brandt, a granite work by Tschentscher, a white relief by Reynolds, some grey drawings from Eve Gramatzski, a very pale yellow Calderara, some pencil lines by Max Mahlmann, a column by madé, a white canvas by Guy de Lussigny. Works that verge on the almost nothing. His inward-looking gaze never forsook its patient invitation to visit these soundless and unimposing places.

As though he was not in fact the artisan, as though what he had achieved was beyond him, he disappeared into the background in presenting this collection which, in his eyes, was born of some necessity which made him humble and left him, as it were, astonished in the face of what had been accomplished.

These pages are born from meetings with André Le Bozec in his Parisian flat and in his partner’s studio. Conversations that recount the life of a collector? No. Fragments of the story of a man, in the course of which a meaning finally comes to light.